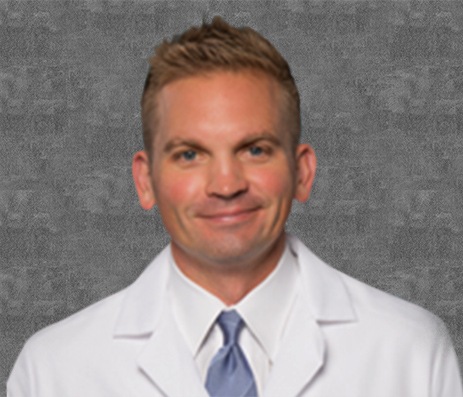 Before moving on to medical school, he returned home, working for a season in the vineyards nearby as a wine chemist and blender. With this much needed experience in hand, he then ventured off to medical school at Georgetown University with the assistance of a United States Navy scholarship.

During the third year of his time in Washington D.C., his future path was forever changed by the events of September 11, 2001. The assistance provided to victims that day would serve as an omen for the years ahead.

Following completion of his internship at the Naval Medical Center San Diego in 2004, he volunteered to serve with the Marine infantry out of Camp Pendleton. He was assigned as the medical officer to Third Battalion, Fifth Marines in July of 2004, and, after some quick training, deployed with that unit to Fallujah, Iraq in September of 2004. For the next seven months, he served as a frontline battalion surgeon for that unit, providing point of injury care during the urban combat of Operation Phantom Fury between 2004 and 2005.

After finishing his time with the Marines, he returned to the Naval Medical Center San Diego. There he completed a residency in Orthopaedic Surgery in 2011 focusing on sports surgery and traumatology within a center serving as the tertiary referral center for the Navy’s western hemisphere. He was then assigned as a staff within the Orthopaedic Surgery department at Naval Hospital Camp Pendleton.

In addition to four years of service to the Marines and their families at that facility, he also deployed to Kandahar, Afghanistan in 2013, serving as the head of Orthopaedics for the NATO Role 3 hospital, coordinating the care provided by surgeons and physicians from the U.S., Great Britain, Australia, Belgium, and the Netherlands.

After 16 years of Navy service, Dr. Bremner made the decision to transition to civilian practice. His service, and the experiences it provided, was something he will always cherish; however, with his wife, Amy’s, breast cancer practice and quickly growing kids, Adelaide and Flynn, it seemed the right time to solidify the roots growing in the north county community. Thus, in October of 2015, he resigned his commission and joined the staff at CORE Orthopaedic Medical Center.

Between his time at the Naval Medical Center San Diego and years spent as the knee and shoulder specialist at Naval Hospital Camp Pendleton, he has performed countless shoulder and knee surgeries. In addition to hundreds of standard cases such as ACL reconstruction and shoulder arthroscopy, he has handled countless referrals for complex cases, including multi-ligament knee reconstructions, revision knee and shoulder instability reconstructions, peri-articular osteotomies, and circumferential shoulder labral repairs. He also specializes in hip arthroscopy and both anatomic and reverse total shoulder arthroplasty.

With his active duty and combat experience, he also brings a familiarity and comfort with trauma, having handled hundreds of cases, from standard hand, ankle, hip, and long bone fractures and soft tissue injuries to complex upper and lower extremity peri-articular reconstructions, both in the United States and abroad where he had the privilege of working alongside traumatologists from around the globe.

From an academic perspective he has presented at numerous forums and authored multiple journal articles. He is Board Certified by the American Academy of Orthopaedic Surgery, an active fellow within the Academy, and currently holds the position of Professor of Surgery at the Uniformed Services Health University.

Dr. Bremner looks forward to meeting you and discussing any way in which he may help you.